Confessions of a Serial Forwarder 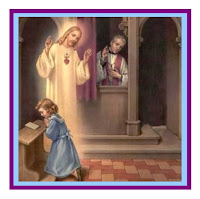 I am done. Finished. Fini.

I will never pass on another funny joke, lifesaving tip, critical warning or virus threat. Call me selfish, but I’ll not even pass on a Code Red Alarm. I will no longer be the Paul Revere of the Internet. I will not attempt to brighten anyone’s day nor feel compelled to tell acquaintances that, like a thousand helium balloons, their friendship lifts my heart. I will not pass along Amber Alerts or Novenas to St. Dymphna, patron of the psychologically impaired.

I was never an irresponsible forwarder. I regularly snopesed things that came my way. If I got an email that claimed women who’d had breast augmentation survived the Titanic because their breasts served as life jackets, I verified it before hitting the SEND button.

I didn’t fall for the promises of a cash windfall stuffed in my next Whopper Burger if I said a certain prayer for our soldiers in Iraq. I didn’t believe I would contract leprosy if I let the flame on the Candle for World Peace, which has been circulating on the net since October 8, 1952, burn out.

I only disseminated material that would cheer-up shut-ins, brighten the days of the depressed or enlighten the imprudent who gave me their email addresses. I didn’t shot-gun messages to my 174 best friend contact list. Rather, I meticulously tailored my forwards to special interest groups—recipes to the Julia Child devotees, Amber Alerts to those who cared about their children, warnings to pet lovers about tainted cat food from China.

I didn’t betray confidences about my friends’ husbands who were undergoing sex-change surgeries or blabber about my manager’s son who was working his way through mortuary school by selling crystal meth.

In short, I was cyber responsible which is why this slip has shattered me.

My friend, an ex-nun, forwarded a story about two old ladies in a nursing home. It was not in the best of taste. I judiciously selected several girlfriends who enable my forwarding addiction, and carefully clicked bcc so no one else would know of their morbid fear of drooling away their golden years. I wanted to reassure them that, despite qualifying for Long Term Care Insurance, they need never surrender their prurient imaginations. I took every precaution. I refused to be known as the wreckless forwarder, one whose name on the You’ve Got Mail screen prompts DELETE. I abhor indiscriminate forwarders who willy-nilly send pictures of nursing baby cows, never once considering whether or not the recipient is into bovines.

I am prolific,but selective except for this one freaking time I goofed up.

My, oh my, you do have quite a sense of humor!

Please, God, no, I thought as I stared in horror at the computer screen. In a flash, I realized that, in my forwarding frenzy to get this oh, so important joke out, I inadvertently bcc’ed the name directly above my friend Susan Grote's, and sent the story to a professional acquaintance--a very reserved, genteel minister/psychotherapist.

“George,” I shouted as I ran up to our bedroom, “you are not going to believe this—I am mortified. Wake-up! I want to die!”

He continued to snore.

“George,” I shrieked, flipping on the light switch and tearing off his blanket, “wake up! I am totally humiliated. I can never show my face again! Get up—this is a disaster.”

“Lower your voice and turn off the damn light,” he growled, not at all grasping the gravity of the situation. “It’s midnight. What the hell is wrong with you?”

“I just got an email from Rev. Grier, Dr. Grier,” I cried, kneeling at the side of our bed. “I cannot believe I did this. I am so stupid! I should not be allowed to own a computer. I am an idiot!”

“Could you please save your self-flagellation for the morning? I have to be up at six.”

“Oh, you don’t care! You don’t care that I’ve just humiliated myself--that I may have to live in a cloister for the rest of my life. Please! Sit up at least,” I said, turning the ceiling fan on high to get his attention.
Suddenly it was as though we were in front of a jumbo jet on the tarmac at O’Hare. Olivia, my cat, had come in to investigate the ruckus only to have her long hair blown back as though she were in a wind tunnel.

He got up and stomped over to the fan switch almost twisting the knob off the wall. “O.K., O.K. I’m awake. I do care. I’m very interested in why you’re suicidal.”

“I warned you about sending that shit out all the time. Why do you insist on forwarding that crap?”

“I can’t help that I’m easily amused and besides, it’s not crap—they’re little jokes that just might bring a bit of sunshine into people’s lives.”

“Sunshine?” he exclaimed as though I was a schizoid bag lady. “If your friends need your junk mail to bring a smile to their faces, they’re in bigger trouble than you. Why don’t you just stick to sending out computer viruses?”

“Thanks a lot. I’m glad you woke up to tear me down,” I said in my best Meryl Streep voice. “I told you it was an accident. Do you think I wanted to send him an email about two old ladies in a nursing home?”

“Old ladies in a nursing home? Are you nuts? Look, I’m sorry if you think I’m tearing you down, but you are a maniac on that computer. It’s a wonder you have any friends left who will even open your stuff.”

“Well,” I said haughtily, “I happen to have 174 friends in my address book. I’ll bet you don’t have half that.”

“Look, I’m not having this stupid-ass conversation at this hour. Let’s get some sleep.”

“Sleep? No, no, listen to me! You haven’t heard the joke. It’s so outrageous I wish I could go into witness protection,” I moaned. “O.K., here’s the joke."

His insensitivity never ceased to amaze me. I ignored his unreasonable objections.

For a minute there was dead silence. He stared at me as though I were a postal worker with a gun. I could tell he was counting to a hundred. Finally he said quietly, “Well, wasn’t this a car crash waiting to happen.”

And that's why I will never again forward anything as long as I live. I don’t care if someone sends me a YouTube of Barbara Bush giving Barack a lap dance, I swear I will not pass it on.

O.K. Maybe I’ll call you on the phone and give you the URL, but believe me, that’s it.