Not Every Woman's Dream 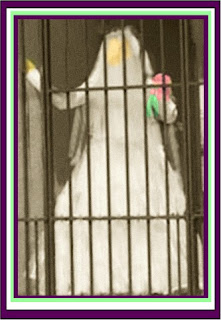 Long ago there lived a girl named Thumbelisa who did not want to be a bride. Actually, it was not being a bride that bothered her, it was marriage, but Thumbelisa lived at a time when most maidens became brides, when it was very important to be married.

Thumbelisa had studied the ancient civilizations and was not impressed with the Greeks who believed it “…a woman’s duty to remain indoors and be obedient to her husband” nor with the Romans who declared “…a woman had no rights. In law she remained forever a child.” Then there was the Jewish law that said “…a wife was owned by her husband.” Even when she dismissed these notions as relics of the past and set aside the biblical teachings that ‘a wife was to submit to a husband,’ ‘he will dominate you,’ ‘you are subject to him,’ she was still looking at wives in the village who were overworked, underappreciated, overwhelmed and undervalued. No, Thumbelisa thought, this is not something I want to do.

Her culture, however, dictated three choices--nun, spinster, wife. Exist under God’s thumb, suffer under the King’s thumb or languish under the Master’s thumb? Name your poison. She couldn’t fathom being dictated to by the Pope, perishing in a convent, much less subsisting as an old maid in the kingdom forced to live with her parents forever, so, by default, it was marriage. But, adding insult to injury, Thumbelisa had not even a poor prospect, let alone a worthwhile catch. “Settling” was out of the question. Bad enough to shoot her future from a cannon without tethering it to someone she’d “settled for” ‘til death do us part.'

She’d had a bit of a reprieve because the King believed every maiden should be educated—an unusual notion in the old kingdom. His theory was a maiden needed an education to fall back on in case she married a louse, not the most sterling of reasons to pursue learning, but she was not one to stand on ceremony. School bought her time, and she was grateful. Her family had always said, “Oh, she’s the one into books, not boys…” as though she had to choose between knowledge and knuckleheads, but schooling did postpone the moment of truth. Now, though, her education was complete, and she was eligible.

Thumbelisa considered running away, but leaving the village was treasonous. She prayed to St. Quirinus, Patron Saint of Obsessions, since that was what her problem had become. In a state of rapture, a vision appeared and spoke. “It is not the thought of sharing thy life that that thou fearest—it is the thought of having a husband! Get married,” the voice commanded, “and pretendeth thou are not. Catholics believeth in denial.”

Thumbelisa thought the solution peculiar, but she could not be choosy. She would get married and, in her mind, pretend she was not. She would search for a man who would become her best friend. They would fall in love, and, before she could back out, walk the plank of matrimony.

She switched her allegiance to St. Raphael, Patron Saint of Friendships and Good Marriages. If this plan was to work, if she was not to get cold feet, a short engagement was essential followed by a swift wedding. Then she would have a friend, a partner, a husband, and the dreaded word would no longer strike fear in her heart.

She called upon St. Jude, Patron Saint of Hopeless Causes, and before she’d even finished her Nine-Day Never Fail Fast, a prospect appeared.

A man whose values aligned with hers like tumblers in a lock giving access to a space that was safe and comforting. A person whose manner suggested he had no interest in using his thumbs for anything other than a gesture of encouragement. A friend who allowed her to be herself, who prized an independent woman, who wanted an equal partner. That--he was an impressive gentleman--handsome, tall and distinguished—was a bonus. Best of all, he had a great sense of humor--her knight without the armor.

She began to consider taking that leap of faith.

She was not so naïve to think him perfect. She’d been raised by King Perfect and that was a harrowing journey. No, this man was better than perfect—he was perfect for her.

From the outside, they were almost a comic study in opposites—tall/short, blonde/brunette, WASP/ethnic, agnostic/Catholic, reserved/brash. Yet though they differed in background, politics, personalities and demeanor, their hearts were of the same mold. They shared many a shortcoming, complementary ones too. But neither ever entertained the notion of changing the other, in part because they were smart enough to know that would be futile, but more importantly, because they loved and accepted the other just the way they were.

Her friend didn’t always understand her fears--some funny, some not so—but he respected them.

“If we wed," she would remind him, "I must keep my checking account, have my own coach, and work outside the castle. I will also maintain my friendships with my maids.”

That’s up to thee, if that is what thou desires, he would respond, wondering how the seed of dread had been planted.

“Also," she would persist, “Can we vow to love, honor and respect, instead of obey?”

“It is called wedlock," he tried to reassure, "but you will not be imprisoned."

If Thumbelisa survived one hundred plagues, she knew she could not find a finer man.
He knew she carried a lot of baggage; he had met the royal clan. She must have had, he thought, a lot of help packing those bags. He trusted she would divest herself of some of the items when she realized they no longer fit, if indeed, they ever had.

She had found the perfect traveling companion. For the first time, she trusted the journey could be equally rewarding.
Critical details remained. It was customary to have long engagements--less than a year raised eyebrows, but if she couldn't get past the betrothal quickly, she would never make it down the aisle and yet another hurdle remained--the King's imprimatur.

“Are you sure you know what you’re doing?” the King inquired, when the Knight asked for Thumbelisa’s hand in marriage. “She is an awful lot of trouble, very strong willed--almost impossible to control, challenges my orders," he ranted. "You will have your hands full. Are you up to the task?”

Those comments gave the Knight a clue as to why her dread was so deep. He understood why she wanted the hoopla over quickly--how a long waiting period might provoke anxiety, cause her to doubt her choice, allow her fears to implode.
Yes, the King was vexed at the suddeness of the wedding, but he appreciated divesting himself of the thorn in his side.

They would wed the following month. The event would be put together in record time with just enough trappings to keep the villagers' tongues from wagging. There would be no engagement ring, a borrowed wedding gown, no bridesmaids, simple gold bands, a banquet small by kingdom standards. They would omit the word "obey."

The eve preceding the nuptials,though, King Perfect, who was not happy with the plans, ordered Thumbelisa to tell the Knight to get rid of his beard for the ceremony. “I would prefer a clean-shaven face,” he declared.

“He is perfect just the way he is,” she smiled.

The morning after as church bells clanged, Thumbelisa handed over her heart.