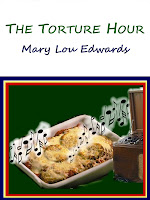 The dinner hour started in its usual manner with warnings of don’t touch, it’s hot, be careful. Mom placed a Pyrex platter on the table guaranteed to jump start every salivary gland on the planet. Wisps of steam rose from the bubbly gravy and stringy mozzarella smothered yet another culinary masterpiece. It was hard to believe that such an auspicious beginning, replete with the heavenly aroma of basil and olive oil, could turn into a meal from hell, but we’d been through the drill often enough to know the inevitable conclusion.

The minute my father opened the cedar-lined closet doors the drama began. Just hearing the creaky wheels of the cart that held the behemoth Magnavox reel-to-reel tape recorder roll over the slick wood floor would be enough to start the nervous snickers and stage whispers to mom.

“I’m not hungry anymore,” my sister would whine.

“You kids had better be quiet,” Mom would warn, giving us a take-no-prisoners look. “Don’t make trouble and get him angry!”

By then Dad had threaded the huge circular wheels with the magic music recently captured on magnetic tape and was taking his seat at the head of the table. As we bowed our heads for the requisite murmuring “Bless us, O Lord, for these Thy gifts…” we knew the amen would signal the beginning of the torture hour also known as the music appreciation lesson. In reality, it was the precursor to waterboarding.

Even the heaping plates of fabulous food could not anesthetize us from the musical cacophony that was to ensue.

With the loud click of the PLAY button, the air was filled with Lawrence Welk leading his band of acoustic terrorists with “Ana one, ana two, ana three…” in a nauseating version of the Beer Barrel Polka or his Champagne Lady of Music warbling “I’m Forever Blowing Bubbles.”

By the end of the first stanza, the deterioration of the family dinner had begun.

With each grating, offensive squeak of the string assassins, my brother would grimace and clutch his heart as though being attacked, my sister would knock over a glass of milk hoping to get sent to her room, our dog Skipper would skitter off suddenly remembering a prior engagement and my martyr mother would be looking heavenward as though begging God to strike her deaf immediately. My father’s steely-eyed glares of disgust at this contemptible conduct elicited more wisecracks and uncontrollable laughter inevitably resulting in the family sin worthy of capital punishment—milk-pouring-from-someone’s- nose-who-was-acting-silly!

“It is sinful to waste milk and revolting,” Dad would intone and, at this point, the simple dysfunctional family dinner would turn into an event guaranteed to provide full-blown post-traumatic stress disorder.

Snapping the STOP button, he would launch into tirades about rudeness, ingratitude and stupidity interspersed with “You kids don’t know good music.” His tongue lashing about our being unteachable was rather paradoxical since it was Mr. Welk who would declare, “Myron and I will now do a solo together.” After all, we’d know the difference between the Roman numeral I and a capital I on a cue card and wouldn’t announce, “And now for a song from World War Eye.” but we were the idiots? The irony was knee deep but totally wasted on my dad who’d pontificate, “They don’t write songs like this anymore...” as “Mairzy doats and dozy doats and liddle lamzy divey…” blared in the background.

Actually my father’s harangues were more palatable than Welk’s prototype elevator muzak. Somehow our digestive tracts had become accustomed to my dad’s force feedings of ridicule and shame, but our lower GI’s never quite adjusted to the diabetic inducing renditions of “Somewhere Over the Rain 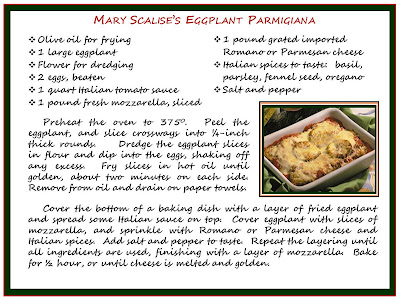 Well, MaryLou....this left me rolling and tears coming. I actually screamed out loud with the line..."precursor to waterboarding". You painted such a VIVID picture of that dinner hour, complete with the smells. My mouth watered for a taste. What a bonus to have the recipe at the end! Rich detail and strong voice brought such life....keep it coming! You are the new Erma B.
Camille :)