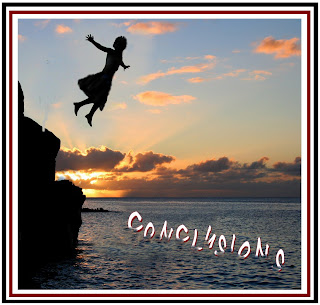 “This is not a good idea,” I said to my daughter, certain my advice would be ignored.

Her illegal alien friend was handing over one of his many part-time jobs he no longer wanted. That she thought being the delivery girl for Toppi Thai Restaurant was the perfect job for a college student amazed me, despite the fact that I had witnessed many of her imprudent decisions in the past.

“Cool job? Are you kidding? Lia, think about the wear and tear on your car, the teen-agers who will tip you .25 cents, driving in bad weather, the horrendous cost of gas, creepy strangers coming to the door,…”

She didn’t let me finish. “Mom, you’re being negative. I’m taking the job.”

Obviously seizing this opportunity of a lifetime was not my call.

Not a month into this lucky break, she became disenchanted with rude customers, poor tippers, mean dogs, wrong addresses, and kitchen help hitting on her. Just another day in Paradise I thought, taking a pass on the temptation to say This was your idea, Sweetheart.

I was intolerant of her complaints, though one day her grievance did send me into high gear.

“Mom,” she wailed into the phone, “you won’t believe this!”

“Were you robbed? Did you have an accident?” I shrieked, projecting my worst fears. “Are you Ok?”

“I’m fine, but you won’t believe what just happened. I walked into Dr. Cannon’s office to make a delivery and the receptionist looked at me and started screaming, ‘We didn’t order Mexican food! We don’t want Mexican food!’ She went crazy.”

“Why did she say that?” I asked bewildered.

“I guess she took one look at my Colombian skin and assumed I was delivering Mexican food.”

“You have got to be kidding,” I gasped, “that is incredible!”

“I know, Mom, I was shocked too. The lady really went ballistic.”

“Lia, what did you do?” I asked stunned.

“I just told her to calm down--that I was delivering their Thai food.”

“That’s all you said,” I probed, offended not only for myself but for my Colombian adopted daughter as well.

“What could I say, Mom? The lady was just stupid.”

“Lia, I would have thrown the food on the floor; I would have turned around and walked out, ” I said, jumping into my self-righteous, anti-discrimination mode. “She saw brown skin and assumed you were delivering Mexican food? Tomorrow I’m calling Dr. Cannon’s office to let her know she has a racist moron sitting at the front desk. The woman should be fired,” I ranted.

“Mom, stop. I told her it was Thai food and she settled down.”

“Lia, I would have opened the container and dumped it on her desk.”

“Mom, that’s crazy. Why would I behave like that?”

“Mom, if she has something against brown skin, that’s her problem. Who cares if she’s prejudiced? I just won’t deliver there anymore. You’re over-reacting.”

“I am not overreacting. I just hate jerks.”

“Then you’re prejudiced, Mother, prejudiced against jerks. If I’d known this was going to upset you, I wouldn’t have told you. I only shared it because I was so taken aback. The lady is pathetic.”

“Pathetic? Your illegal friend probably passed the job on because he’d met one too many Neanderthals.”

“No, Mom. Pablo gave me the job because his driver’s license expired and he couldn’t afford to get another counterfeit one. Did you know counterfeit documents cost a fortune?”

“Lia, I can’t even believe we’re having this conversation. You’re making me crazy. Would you please quit this stupid job?” I begged, smoke coming from my ears. “We'll talk later, I have to go."

I slammed down the phone, desperate to share my fury.

“Why don’t you find something else to worry about?” my husband suggested when I related the egregious offense. “Lighten up—it’s not illegal to be an insensitive clod,” he said blowing off my tirade.

I was incensed by his lack of indignation.

“Calm down. You are over-reacting,” he said ignoring my pain.

“You are screaming, Honey. Don't get so excited. Did it ever occur to you that the woman might be allergic to tacos or maybe was having a bad day?”

He cut me off. “Oh, I get it. This is your new action plan—dumping food on the floor. Flinging a piece of moo satay in someone’s face is fighting injustice. That is absolutely brilliant!" he declared, eyeing me as though I were some kind of unbalanced bag lady. "Saul Alinsky must be rolling over in his grave," he said referring to a legendary iconoclast.

“Okay, make fun of me. You know I'm not advocating throwing pad thai in people’s faces although, come to think of it, that'd be a novel way of dealing with disparate treatment," I said just to push my husband a little closer to the edge where I was already standing. "Oh, no, now I get it. You're mocking me because you envy my pluck."

“Pluck, pluck?” he retorted with an Elvis-like sneer. “Don't you think it a bit strange to make some tactless person’s aversion to Mexican food into a hate crime?”

Just then the phone rang.

“Mom, you’re not going to believe this.”

“Please, Lia, I can’t take any more tonight--I’m too aggravated."

“Listen, Mom, just stop and listen. This is the best. You know that Toppi owns Toppi Thai, right? And that her husband owns La Lupita?”

“Yes, I know that, Lia, we’ve eaten there many times.”

“Well, not anymore. La Lupita went out of business last week and Toppi is using La Lupita’s leftover bags. When I delivered to Dr. Cannon’s office I was carrying a La Lupita bag with a logo that says ‘THE BEST MEXICAN FOOD IN TOWN.’ The lady wasn’t commenting on my skin--she saw the bag,” she laughed.

“Oh-my-God, Lia. That is unbelievable. Imagine if I’d called Dr. Cannon tomorrow. She’d have thought I was a lunatic demanding the receptionist’s head on a plate.”

“Imagine if I’d dumped the food on the floor, Mom, that would have been so awful. I can’t believe you gave me such bad advice.” Then, going for the jugular, she proceeded, “I think you let your emotions get in the way. You tell me to count to 10 before I act, but you need to count to a thousand," she lectured. "You’re too quick-tempered. You’re not just a reactor, you’re a nuclear reactor.”

I had it coming.