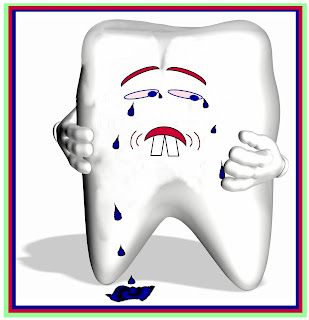 “Who do you think you are? You’re not a movie star. This is good enough for you.”

A freshman in high school, I was shocked when my dentist bellowed this comment with such fury. I sat in the chair perplexed.

“What are you talking about?” I asked the hulk who was barking in my face. “How do you know what I’m going to be? Why is this good enough for me?” I asked, as I held the small round mirror in my mouth studying the porcelain glob. The blinding, garish light illuminated the tiny white lump that was supposed to pass for a tooth. “This looks OK for a temporary fix , but I don’t want this forever.”

“If you don’t like it, don’t come back,” he shouted, yanking the little mirror out of my hand. “No brat is going to come in here and criticize my work!"

Now I was angry. I didn’t even care if he told my dad.

“You said you’d fix my tooth,” I said as I climbed out of the dental chair. “Don’t yell at me because you didn’t do it right. This doesn’t even look like a tooth--this looks like you painted a tiny piece of Tootsie-Roll white and glued it in my mouth. And don’t worry about me coming back,” I added, as I ran out the door, “I wouldn’t come back if my teeth fell out!”

I cried all the way home—partly because I was going to be in big trouble with my dad who revered the dentist because he had a college degree, and partly because my tooth looked like an eraser on top of a pencil.

My mother was cooking at the stove. I didn’t want to bother her because supper had to be on the table at 4:30 sharp or my father would…actually I didn’t know what my father would do if dinner wasn’t on the table because my mother was never a minute late. No one wanted to irritate a man whose tantrums were legendary. Sometimes his rages were pretty funny—a grown person acting like a spoiled baby—sometimes I’d aggravate him just to see him throw a fit.

“You’re home early. Why are you crying,” my mom asked as she bustled around the kitchen.
“Didn’t the dentist give you Novocane?”

“You won’t believe my snaggle-tooth,” I sniveled, hardly able to catch my breath. “I’m never going out again as long as I live.”

“Oh, stop it--let me see,” she said, squeezing my chin and forcing my mouth open. “Well,” she said after the inspection, “at least the tooth isn’t in the front. You’re lucky, you can hardly see it.”

“See,” I wailed, “even you think it’s bad. You can see it when I smile big. I’ll have to talk like a ventriloquist.”

“Don’t be ridiculous. The rest of your teeth are perfect. Are you going to let one little nub botched up by an incompetent upset you?”

“Did you call Dr. Matich incompetent?” I asked.

I knew she didn’t much care for him. Once I overheard her say to my father, “Jim, the man is so high and mighty. He puts his pants on one leg at a time like everyone else,” but she’d never say that in front of us kids.

“Momma, he is incompetent. I told him my tooth looked like a bitsy stub and he yelled that I shouldn’t come back, which is fine with me. I hate the guy.”

“Watch your mouth,” she warned.

“OK, then, I can’t stand him. He told me I’m not so important that I need a perfect tooth. He said this tooth is good enough for you.”

Hearing that, my mother, who had been hustling to make that 4:30 deadline, spun around from the kitchen sink. I didn’t know if the steam was coming from the pot of scarole she was draining into the colander or from her ears.

“He said what?” she snapped.

“You heard me. He said this ugly tooth is good enough for me,” I repeated.

“Well that bastard,” she blurted.

My eyes popped open like one of those push-button umbrellas. My mother never swore. Sometimes she said heck or darn, maybe dammit if she was really ticked, but bastard, never ever. I was shocked, and then, she said it again. "That bastard"—only this time she said it quietly and slowly as though I wasn’t even there, as though she was looking at a picture only she could see.

“Quit whining and sit down. We’ll get it fixed right,” she promised, “but what that bastard said is unacceptable.”

Whoa, that was the third time she swore. Was she forgetting that God was listening and she’d be punished? Getting a little nervous—about God, about 4:30—I said, “Mom, you’d better finish cooking.”

“Don’t worry about dinner, honey. This is more important,” she said, tapping her finger on the kitchen table.

Was she kidding--more important than my dad walking through the door at supper time?
This I had to hear.

“Never let anyone tell you who you are or what you’re worth,” she seethed. “ Never believe anyone who says you’re not important—that good enough is good enough for you! That arrogant bastard.”

Four times, that was the fourth time! She is playing with fire, I thought, but there was no stopping her.

“That arrogant bastard thinks he can look down on people because he has a couple of capital letters after his name—that he’s better than everyone else. He’s a poor excuse for a man.”

“That's because I was subjected to bastards like him when I was growing up."

That’s it. Here comes the lightning bolt. My father will come in expecting supper and find us slumped over the table.

“I encountered skunks who thought it was okay to treat people like dirt. I had a priest make me stand in the vestibule during Mass because I didn’t have a nickel for the collection basket,” she said as though she was scooping out a memory she'd buried long ago. “I went to a grocer who switched a loaf of fresh bread for a stale one, and said, 'This is good enough for your mother.'”

Now she was on a tear.

“Years ago, epileptics weren’t allowed to go to school. My father died in the 1918 flu epidemic, so my mother had to work. My younger brother, Salvatore, suffered seizures. He would come to my school and stare at me through the window. He longed to be like the other kids, but my teacher said he was a distraction--he wasn't good enough to come to school so I should stay home with him. 'Obviously your grandparents can't handle him,' she shrieked, in front of the entire class."

“Mom, stop! They were so mean. I feel like crying.”

“I’ll stop," she said standing up and kissing the top of my head. "Now set the table,” she ordered, noticing the time, “but don’t ever forget,” she said wagging a finger in my face, “you are better than no one and no one is better than you. That bastard had a hell of a lot of nerve.”

Two swear words in one sentence. God must be croaking.

I said a little prayer that God would forgive her as I put the last knife and fork on the table. My father walked in through the back door.

“What smells so good?" he inquired peering into the pot on the stove and pecking my mother on the cheek.
As he turned to hang his jacket, he noticed me sulking at the table. "How was school?”

“School was fine, but look at my ugly tooth,” I wailed, stretching my mouth so he could see the mediocre job.

“Give Dr. Mat time," he said, yanking on my jawbone to take a good gander. "When he’s finished it’ll look good as new—that’s only a temporary.”

“No, Jim,” my mother said, “that’s the finished product. Obviously that jerk's specialty is pulling teeth. He thinks that’s all people in this neighborhood deserve. He’s a bastard who thinks who he is.”

Oh, no, I thought, jerk, bastard. Dad's going to blow his cork. That’s almost worse than getting God angry.

“Really, daddy, it’s true. The tooth is finished,” I said trying to stem a tirade, but my dad paid no attention to the swear word. “Dr. Matich said I’m not a movie star—that this is good enough for me.”

“Really? “ he said, cocking his head to the side and narrowing his eyes. “Really? He said that? To you? Not good enough? Well, after supper we’ll pay him a little visit.”

I got the feeling my dad was going to go there and have a major tantrum, but I didn’t feel one bit sorry for Dr. Matich.